The most basic task of the Florida Hawksbill Project is to determine the abundance and distribution of hawksbill turtles in Florida waters.  As with any census, this involves counting the number of individuals that are found within a certain area.  So far, we have focused on the barrier reefs of central and northern Palm Beach County, Florida.

As each turtle is encountered, it is imperative to mark it in some way so that we know it has already been counted.  We are very fortunate that the hawksbills of the area are often so tolerant of close underwater approach by scuba divers, which allows for relatively easy hand-capture at any depth.  Once placed aboard a waiting vessel, standard techniques are used to measure, mark, sample, and photograph each turtle.  The measurements reveal their relative age or life-stage, internal and external tags enable future identification, and tissue samples are used for a variety of health and population studies.  Additionally, six satellite transmitters have been deployed to examine their movements in close detail.

Over time, continued efforts to determine where hawksbills are found in Florida waters will fill in the huge gaps in our understanding of their distribution in this part of their range.  Surveys in the Florida Keys are underway, and plans are in the works to employ chemical signatures to reveal movement patterns along Florida’s SE coast.  Though hawksbills are known to take up residence in specific locations for some period of time, there is also evidence for a gradual northward shift in habitat preference among some individuals.  Understanding the drivers of this movement will underpin future conservation efforts in Florida. 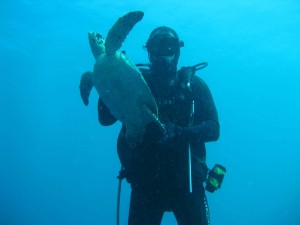 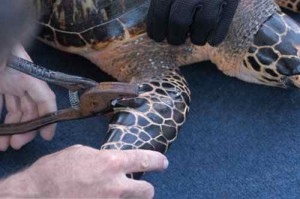 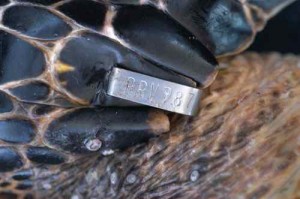 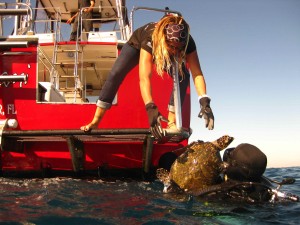 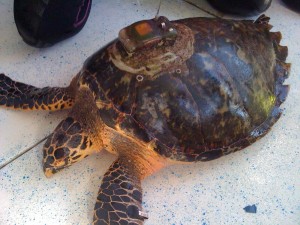 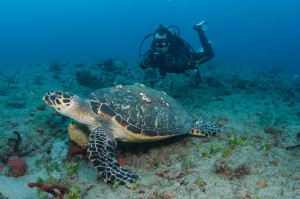