Since the beginning of the year, the hawksbill surveys have been primarily focused in the northern end of Palm Beach County on the 60-90′ reefs of Juno and Jupiter.  Since these mark the northernmost end of the SE Continental Reef Tract, it is important to determine their relative abundance here as baseline for further comparison.  In addition, a number of hawksbill surveys were also conducted on the shoals south of Key West, at the very other end of the reef tract that lines Florida’s Atlantic coast.

In Jupiter, surveys were conducted during 14 field (dive) days.  Six sub-adult hawksbills turtles were captured, measured, tagged, and photographed.  One individual hawksbill that was tagged in April of 2014 in the same area was encountered once.  Overall encounter rates, including tagged individuals, were 0.74 hawksbills/scuba hour.

The hawksbills tagged in Jupiter averaged 55.2 cm SCL, which was nearly identical to the mean size of the Palm Beach aggregation (56.6 cm SCL), suggesting that this location is  also host to sub-adult hawksbills primarily in the last stages of adolescence.  Loggerhead and green turtles also utilize the area extensively, particularly as resting sites for gravid females during the summer.  As such, it is evident that the offshore reefs of Jupiter provide important habitat to at least three species of marine turtles, and provide sufficient natural resources to sustain a robust aggregation of young hawksbills.

In Key West, twenty surveys were conducted that included surface monitoring, traditional snorkeling, tow snorkeling, and/or scuba diving around the keys and shoals from Western Dry Rocks to Pelican Shoals.  Hawksbills were seen at the surface, and one briefly encountered during a snorkel survey, but none were captured. Additional surveys are being planned for this fall.

Special thanks to SL8R’s dive Charters in Jupiter, Captain Mike Osbourne on the Little Hawksbill, and all the dive assistants:  especially Nikole Ordway, Rick Radliff, Stephanie Anderson, and Kaleb Jemison.

This research is sponsored by the National Save The Sea Turtle Foundation, and partially supported by the Florida Sea Turtle License Plate Program. 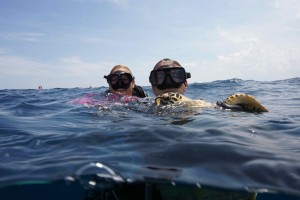 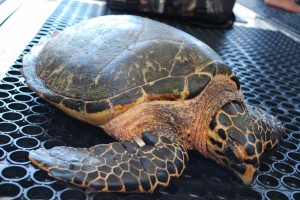 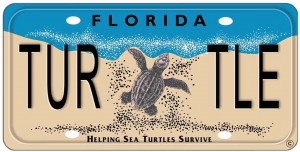 The Florida Hawksbill Project has now joined forces with the National Save the Sea Turtle Foundation of Ft. Lauderdale Florida.  The Foundation has been a strong supporter of the Hawksbill

I am glad to report that the Hawksbill Project has been very productive this summer!  As was detailed in the previous post, any opportunity to retrieve and reuse a

Over the last few weeks, we have been actively seeking the turtles that have been carrying transmitters.  The devices have been functioning well and sending data daily, but are soon